The seasonality of pandemic and non-pandemic influenzas: the roles of solar radiation and vitamin D. 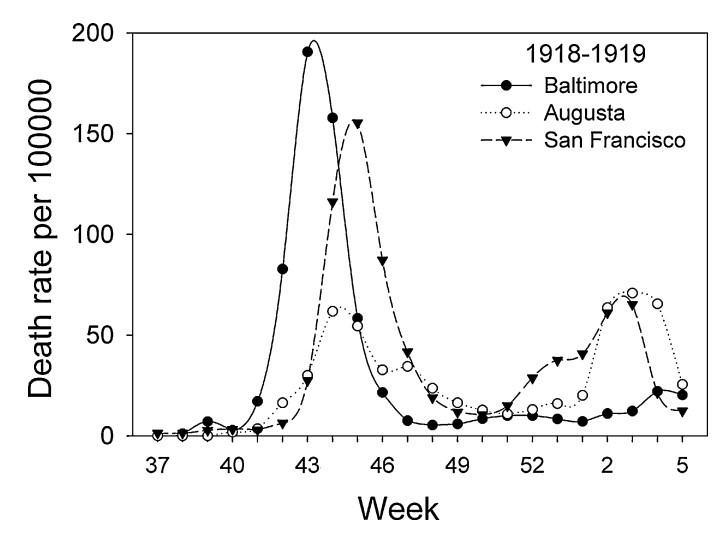 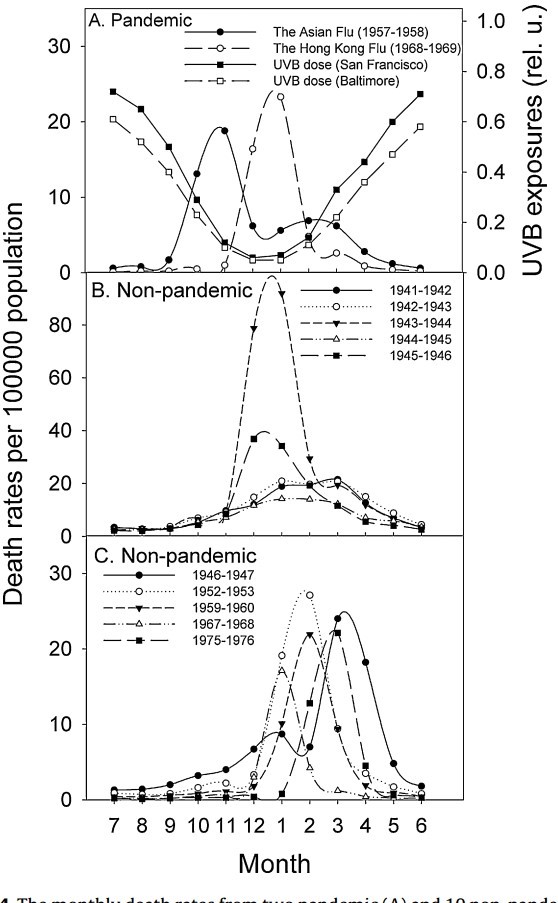 OBJECTIVES:
Seasonal variations in ultraviolet B (UVB) radiation cause seasonal variations in vitamin D status. This may influence immune responses and play a role in the seasonality of influenza.
METHODS:
Pandemic and non-pandemic influenzas in Sweden, Norway, the USA, Singapore, and Japan were studied. Weekly/monthly influenza incidence and death rates were evaluated in view of monthly UVB fluences.
RESULTS:
Non-pandemic influenzas mostly occur in the winter season in temperate regions. UVB calculations show that at high latitudes very little, if any, vitamin D is produced in the skin during the winter. Even at 26°N (Okinawa) there is about four times more UVB during the summer than during the winter. In tropical regions there are two minor peaks in vitamin D photosynthesis, and practically no seasonality of influenza. Pandemics may start with a wave in an arbitrary season, while secondary waves often occur the following winter. Thus, it appears that a low vitamin D status may play a significant role in most influenzas.
CONCLUSIONS:
In temperate latitudes even pandemic influenzas often show a clear seasonality. The data support the hypothesis that high fluences of UVB radiation (vitamin D level), as occur in the summer, act in a protective manner with respect to influenza.

Influenzas – both seasonal and pandemic – increase in the winter (low vitamin D) – Dec 2010         Printer Friendly PDF this page! Follow this page for updates
This page is in the following categories (# of items in each category)
Virus 382