Aims/hypothesis This study was designed to assess the effects of calcium and vitamin D supplementation on the metabolic status of pregnant women with gestational diabetes mellitus (GDM).

Methods This randomised placebo-controlled trial was performed at maternity clinics affiliated to Kashan University of Medical Sciences, Kashan, Iran. Participants were 56 women with GDM at 24-28 weeks' gestation (18 to 40 years of age). Subjects were randomly assigned to receive calcium plus vitamin D supplements or placebo. All study participants were blinded to group assignment. Individuals in the calcium-vitamin D group (n=28) received 1,000 mg calcium per day and a 50,000 U vitamin D3 pearl twice during the study (at study baseline and on day 21 of the intervention), and those in the placebo group (n=28) received two placebos at the mentioned times. Fasting blood samples were taken at study baseline and after 6 weeks of intervention.

Conclusions/interpretation Calcium plus vitamin D supplementation in women with GDM had beneficial effects on their metabolic profile.

Trial registration www.irct.ir IRCT201311205623N11
Funding The study was supported by a grant (no. 92110) from Kashan University of Medical Sciences. 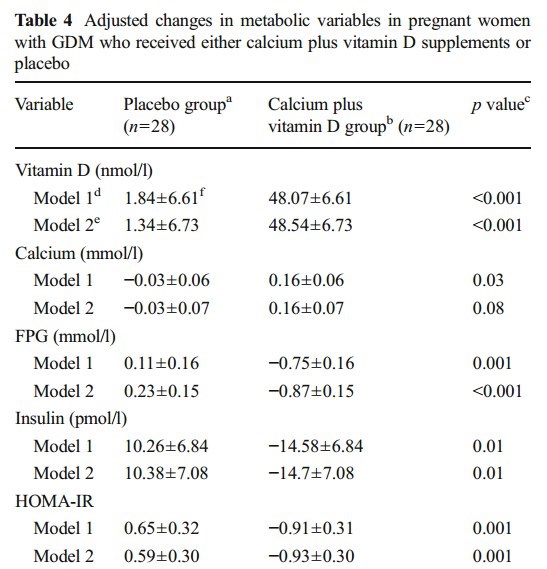 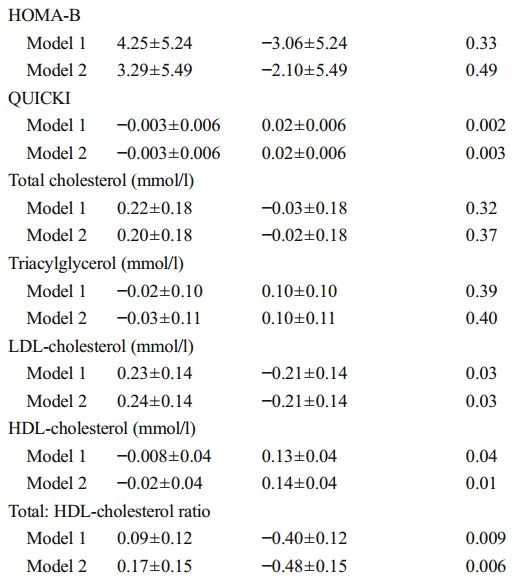 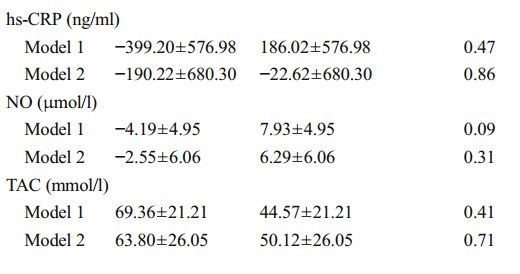 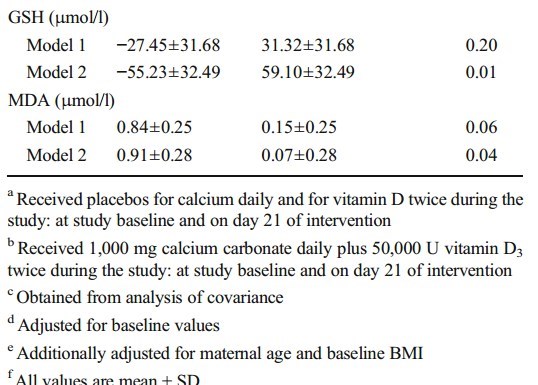 Pages listed in BOTH the categories Diabetes and Pregnancy

Gestational Diabetes reduced with 50,000 IU of vitamin D every 3 weeks and daily Calcium – RCT June 2014         Printer Friendly PDF this page! Follow this page for updates
This page is in the following categories (# of items in each category)