This study considered just those women who associated with high risk pregnancies
Not clear if associated determination was made before or after pregnancy
Vitamin D deficiency level is defined as <11 ng in text, but < 8 ng in chart 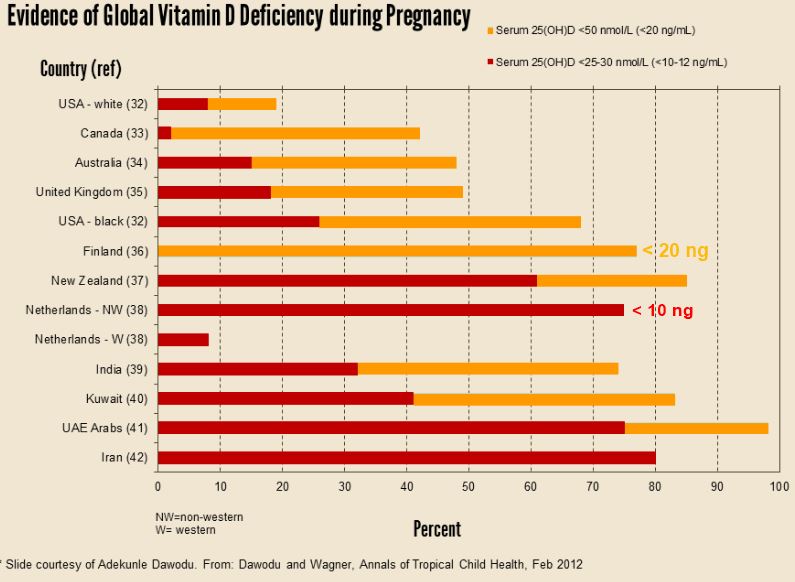 RESULTS:
We found that severe vitamin D deficiency in early pregnancy was associated with placental inflammation. Maternal vitamin D levels were significantly lower in the PIP group than those in the PIN group (P = 0.025). Compared with the highest quartile of vitamin D levels, risk for placental inflammation was significantly higher in women with extremely low vitamin D levels (<5th percentile; P = 0.012). The effect estimate was slightly decreased but still significant (P = 0.027) after adjusting for maternal age, gestational age at birth, birth weight, infant sex, and sample collection season. In addition, compared with the PIN group, the incidences of adverse neonatal outcomes, including sepsis (0.5% vs 2.4%) and fetal intrauterine infection (5.7% vs 15.6%), were significantly higher in the PIP group than that in the PIN group (P < 0.001).

CONCLUSIONS: Severe vitamin D deficiency in the first trimester is a risk factor for placental inflammation in high-risk pregnancy.

First trimester Vitamin D deficiency in associated with placental inflammation, etc. – July 2018         Printer Friendly PDF this page! Follow this page for updates
This page is in the following categories (# of items in each category)
Pregnancy 750