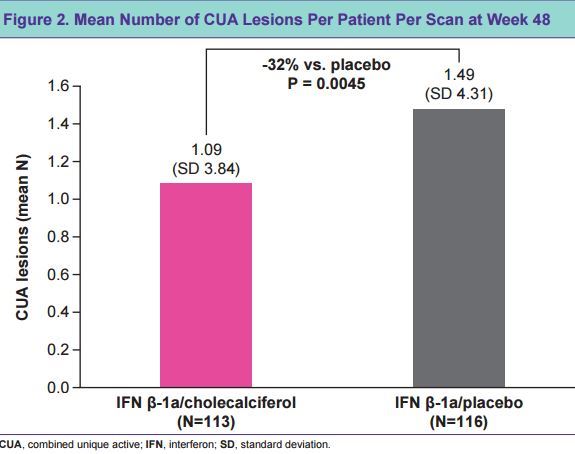 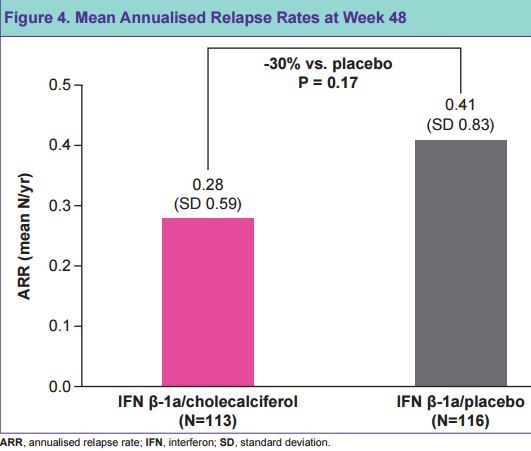 Many MSers are getting virtually cured with Vitamin D with doses which are 2X to 10X higher than the 14,000 IU in this study.
Random Controlled Trials require the same monotherapy dose to all participants.
People being "cured" of MS do not use monotherapy, and the dose size is adjusted individually

Multiple Sclerosis Relapsing-Remitting rate reduced 30 percent by addition of 14,000 IU vitamin D daily – RCT Nov 2016         Printer Friendly PDF this page! Follow this page for updates
This page is in the following categories (# of items in each category)
Multiple Sclerosis 356 Intervention 639